The signing ceremony of the return of 72 artifacts from Horniman Museum was held in South-East London today Monday, November 28th, 2022.  Among the attendees are: Professor Alhaji Tijani, the Director General of NCMM, Chairman of Horniman Museum UK, three representatives from the Oba of Benin, Chief (Dr.) Billy Osawaru (The Obazehuwa of Benin Kingdom), Chief Charles Edosomwan (The Obasuyi of Benin Kingdom), Prince Aghatise Erediauwa and others. These objects, including thousands of other Benin artifacts, were looted by the British troops during the 1897 punitive expedition in Benin. – By Nekpen Obasogie 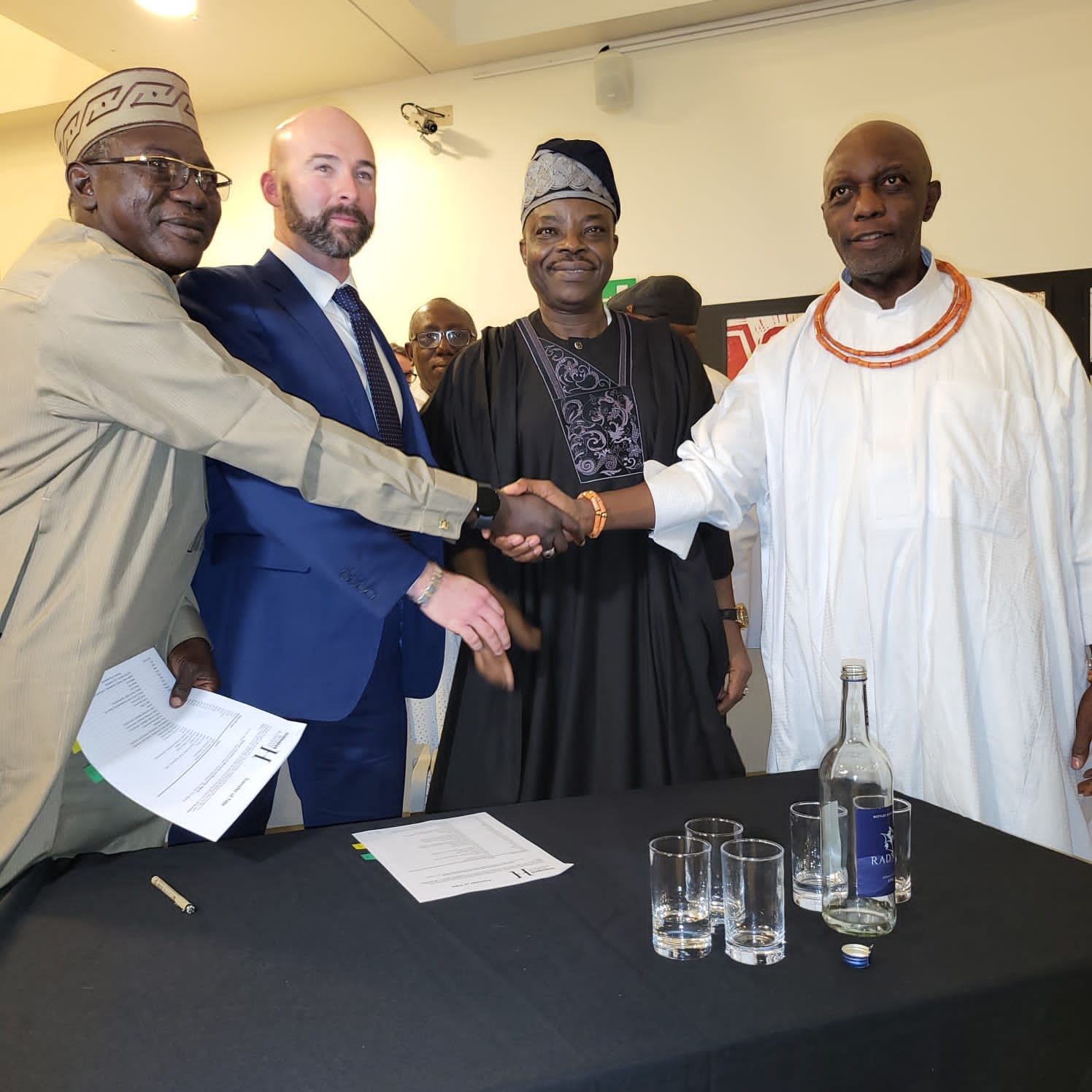 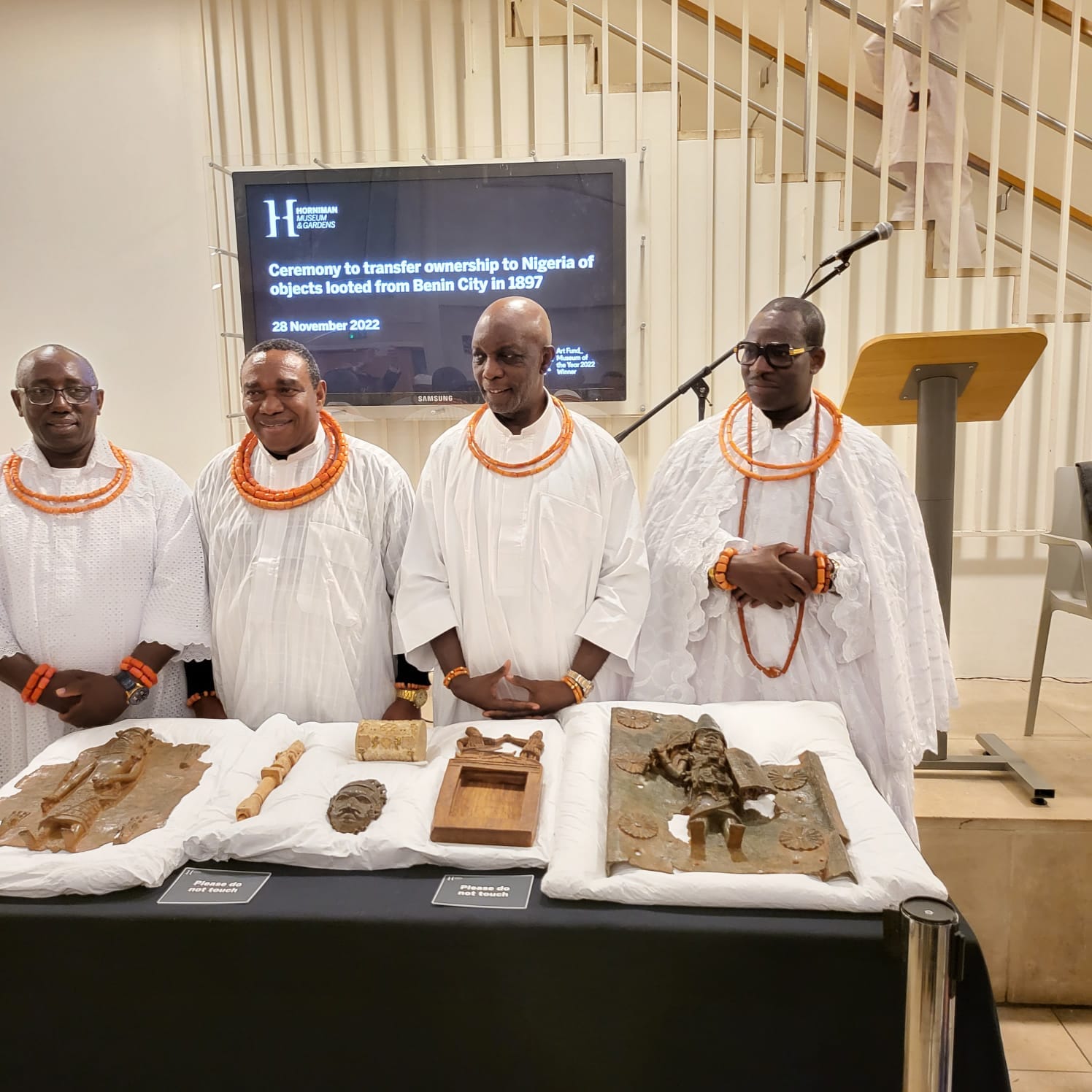 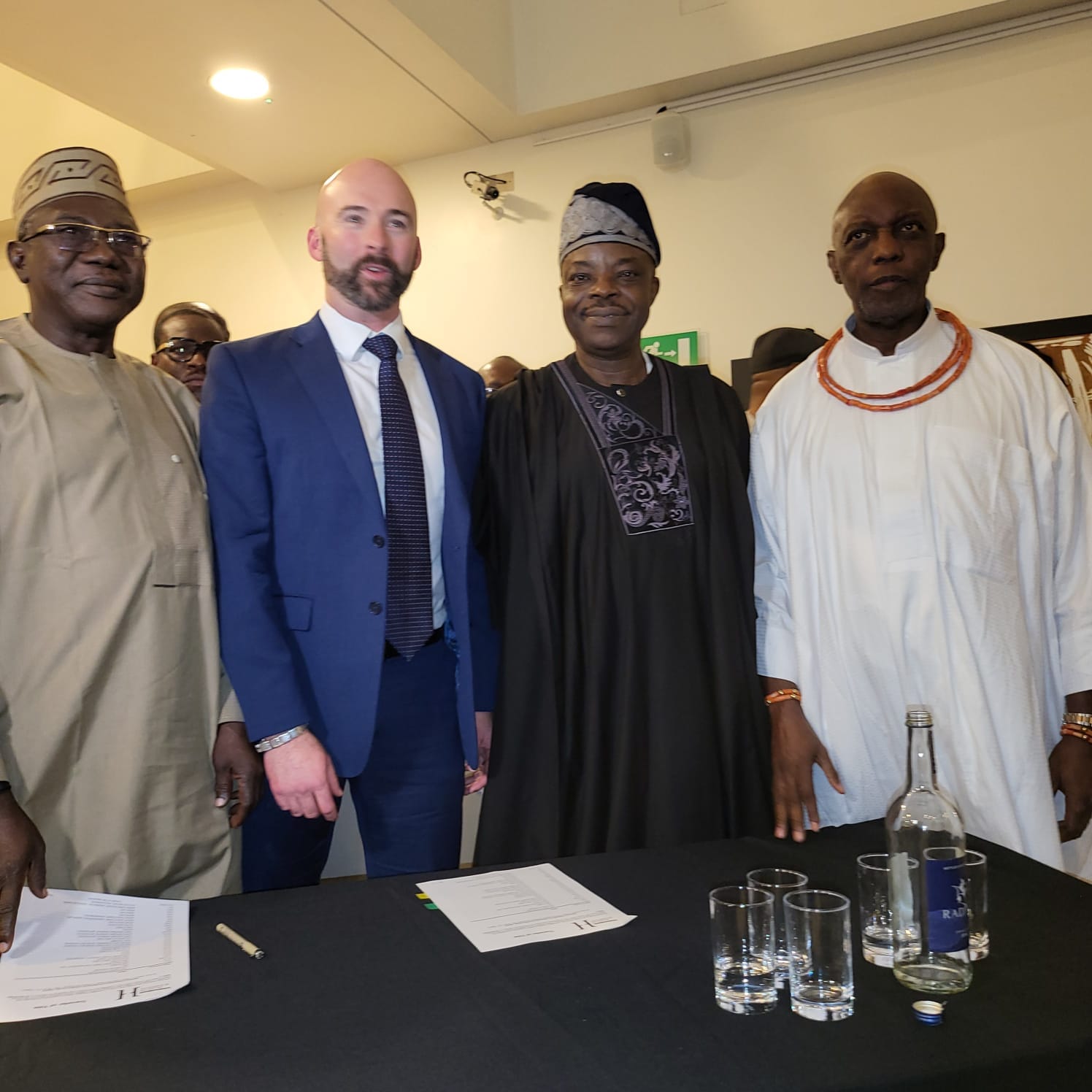 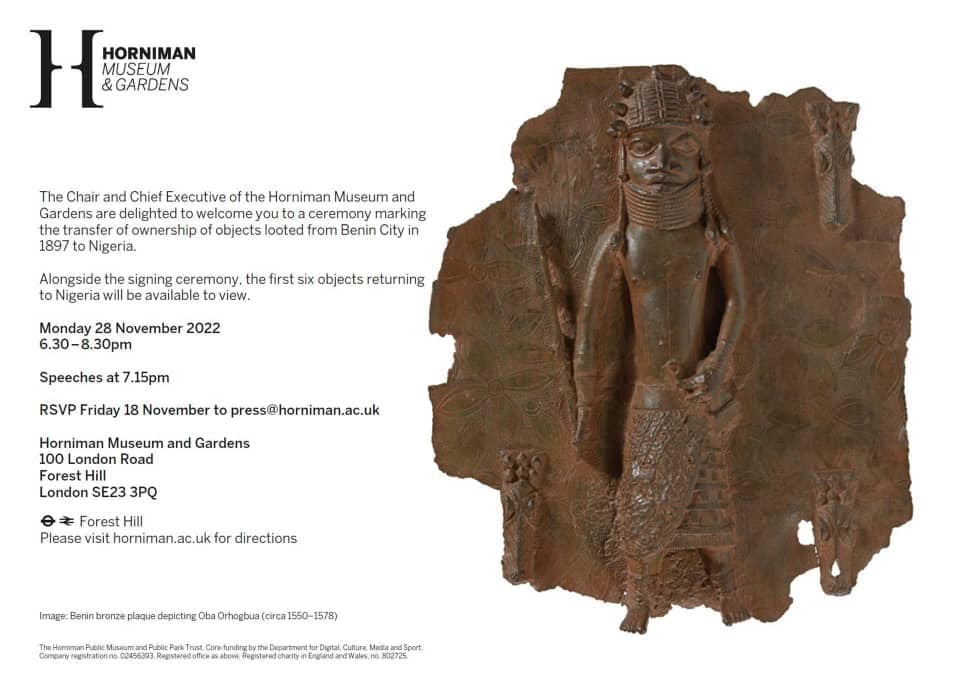 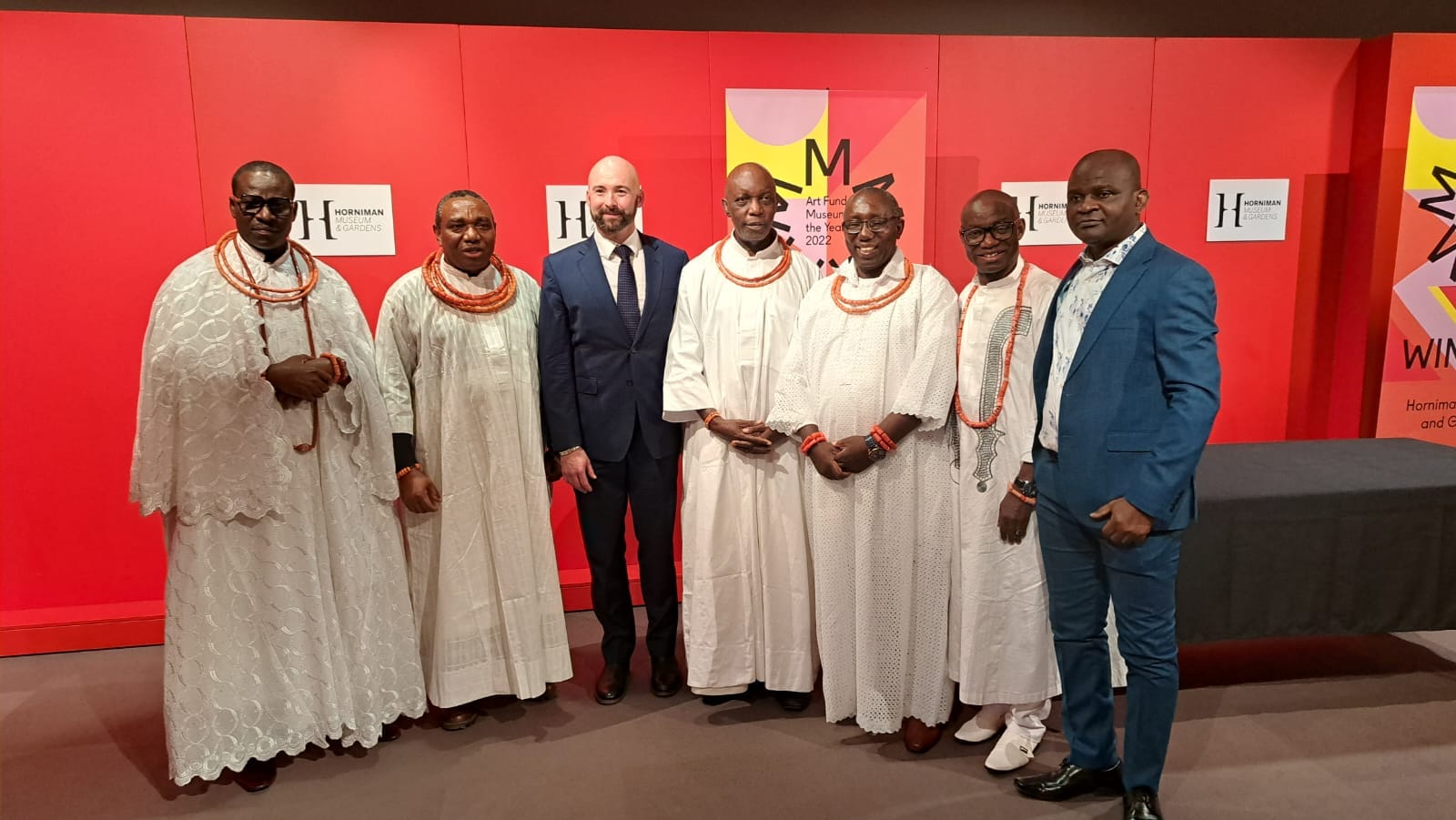 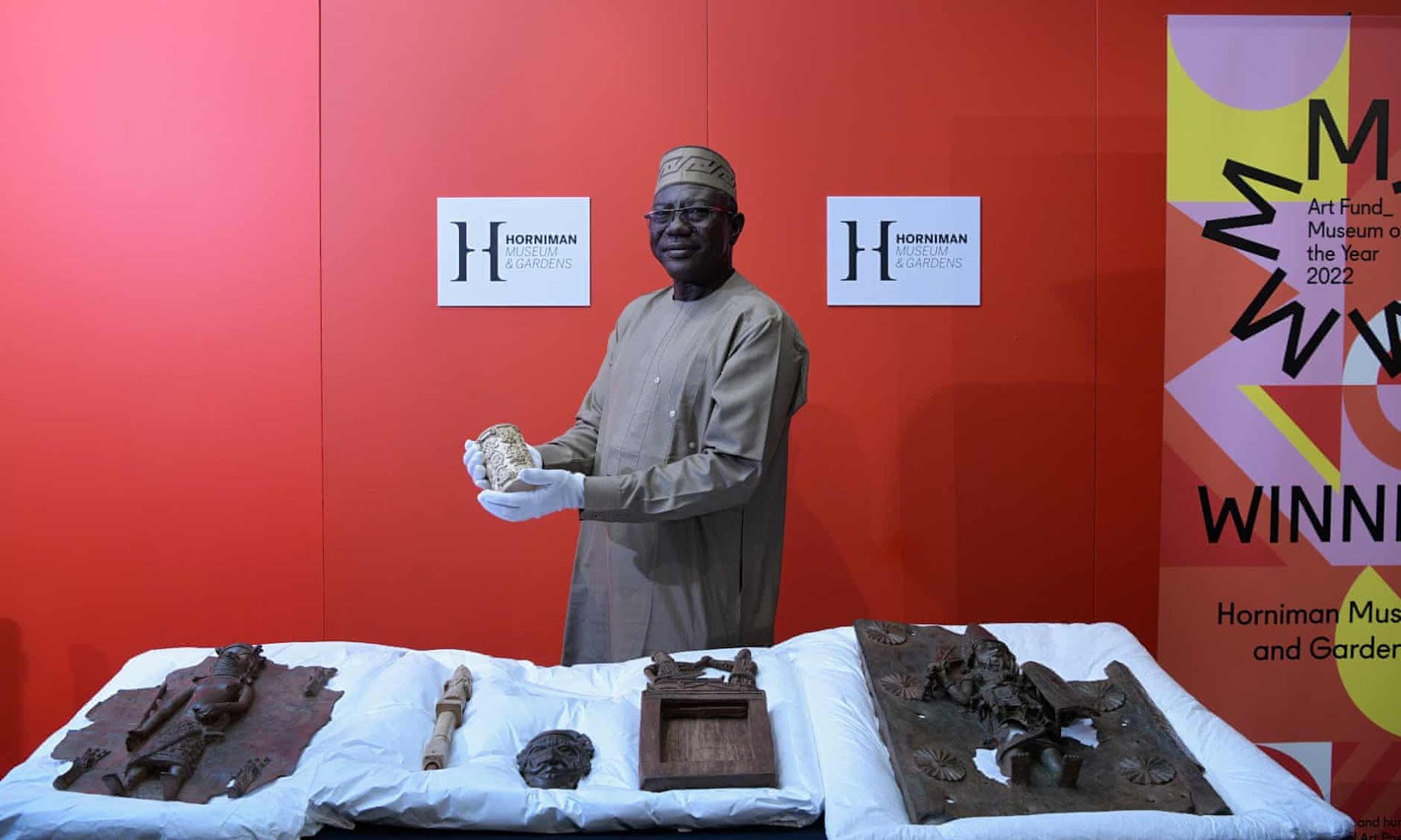 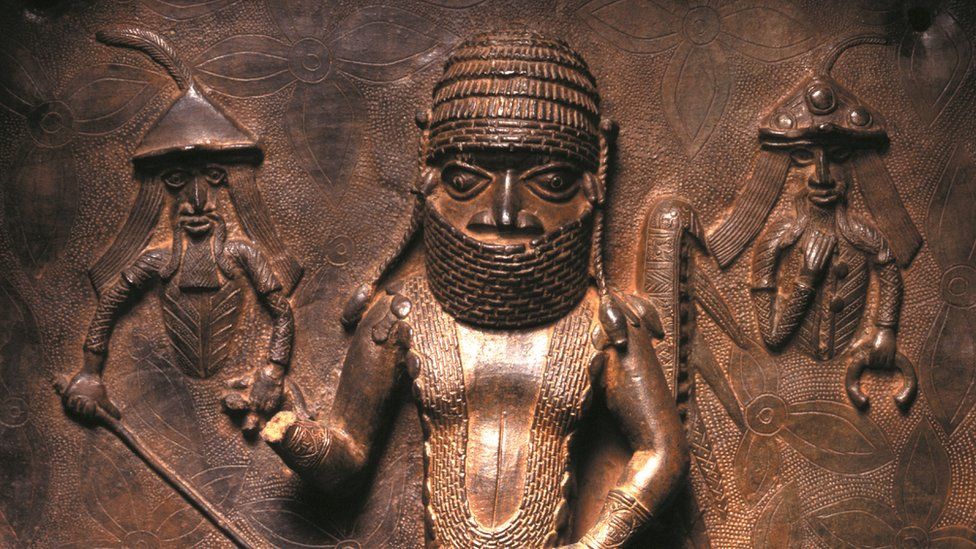 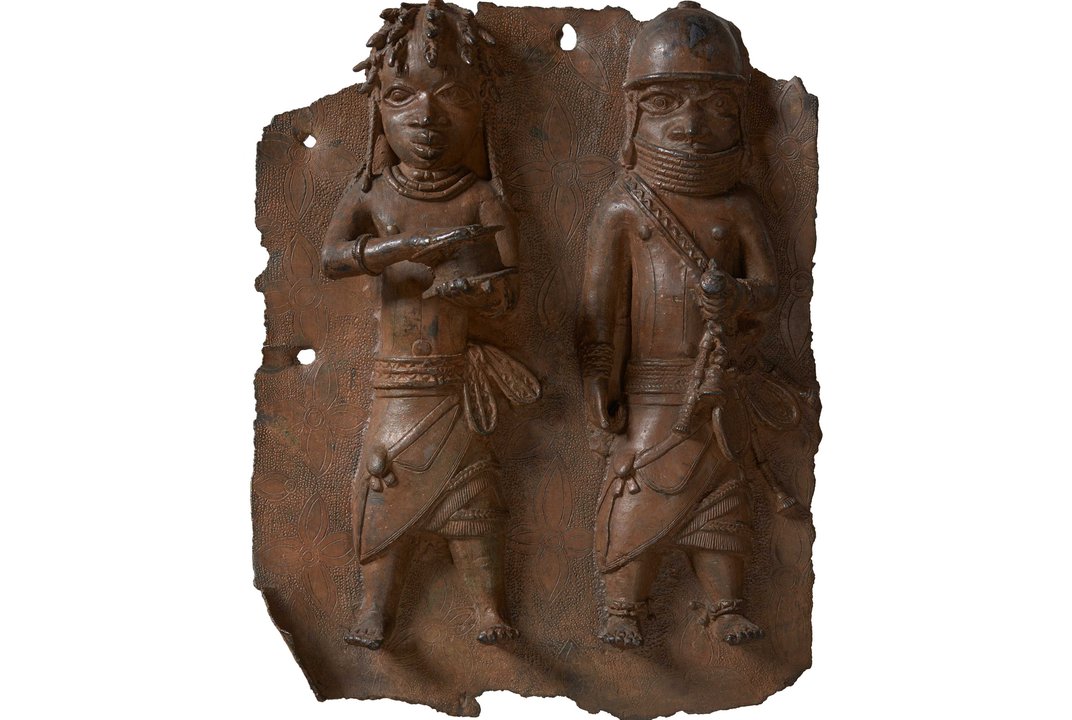 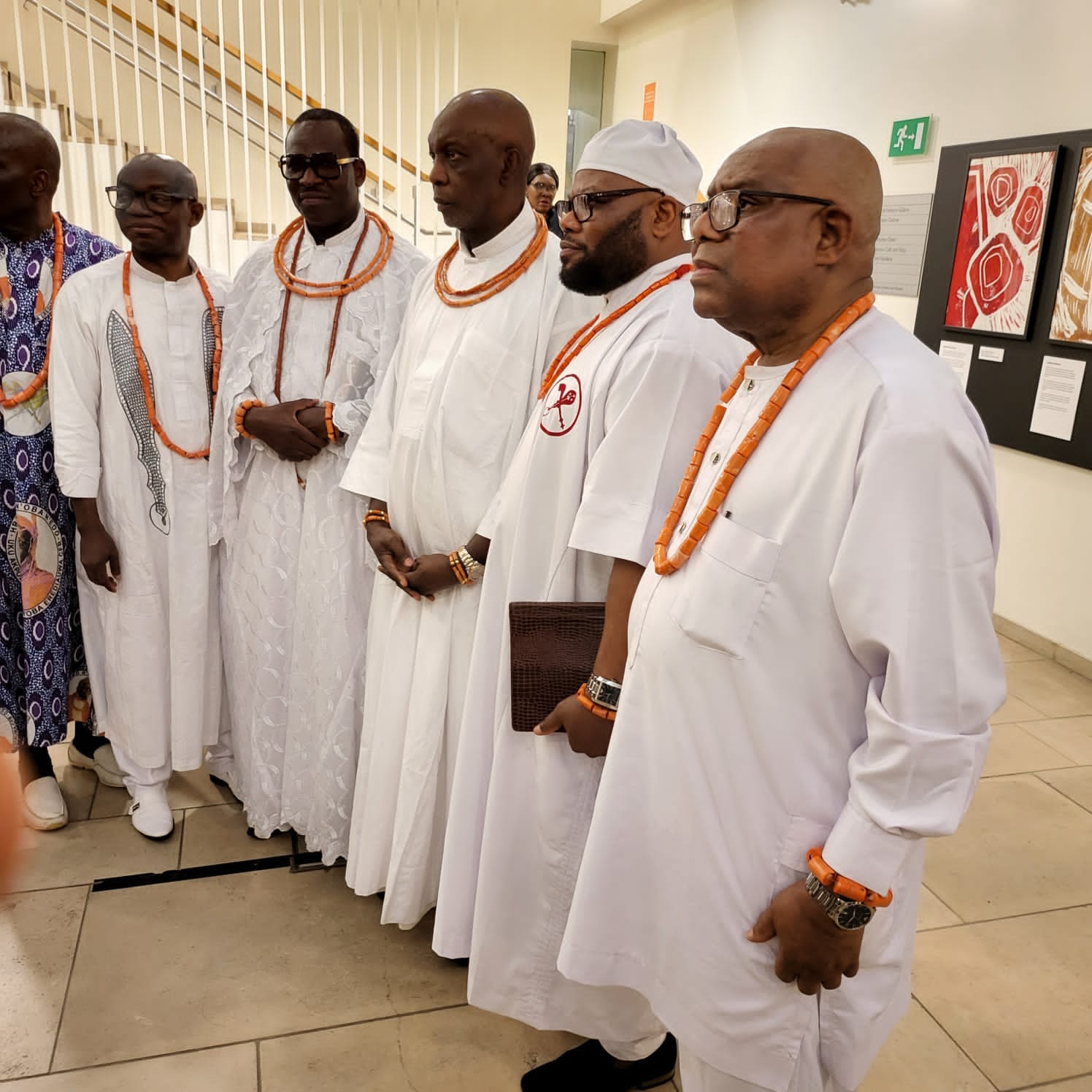 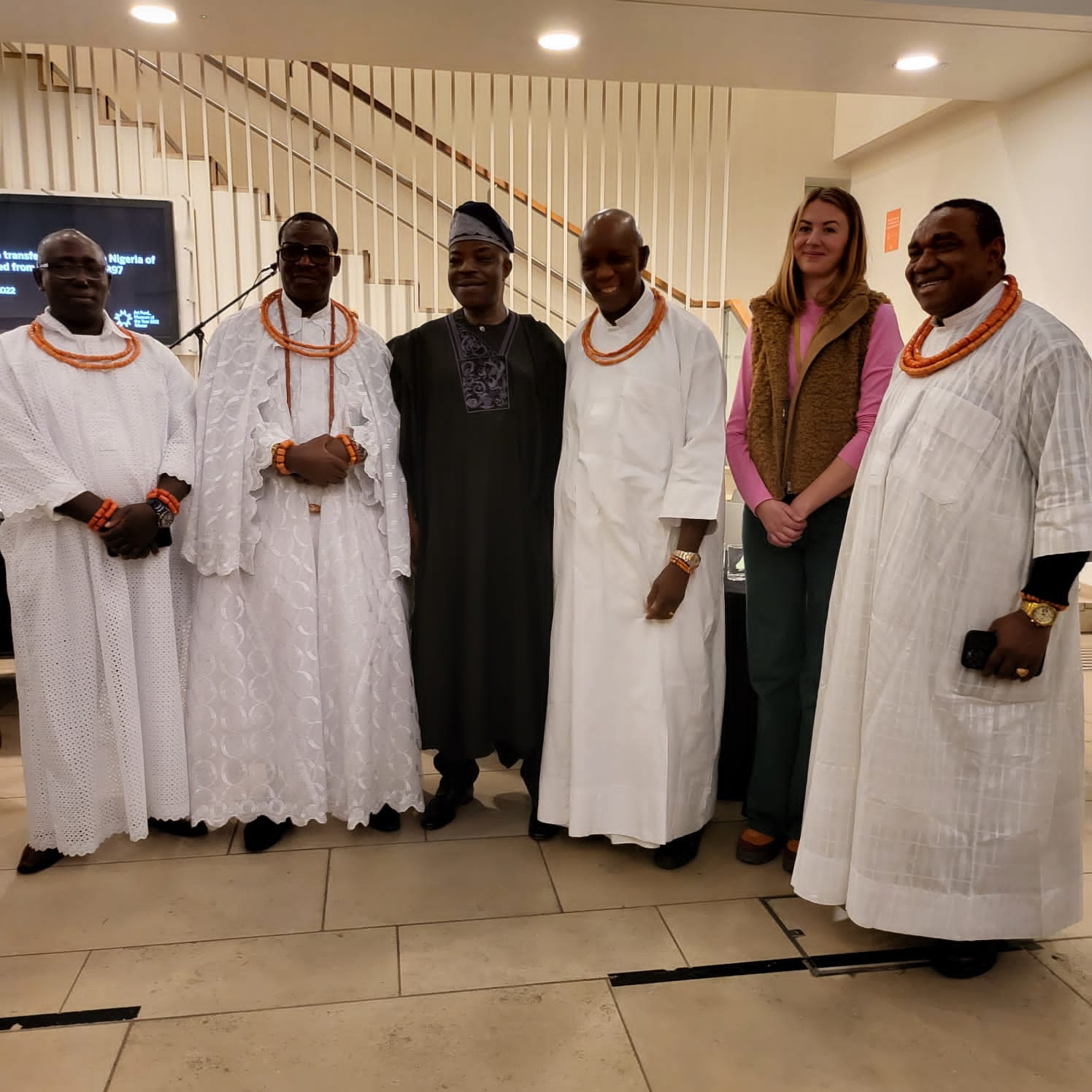